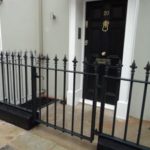 The cast iron railings below were made to match neighbouring houses in Donne Place, Kensington, London.

The railings were made from 50mm x 10mm flat-top iron with 20mm vertical round bars. Finial heads were cast to match those belonging to neighbours.

The gates were made to measure. One gate was fabricated for the front door entrance and another for access to the basement via an exterior staircase, previously supplied and installed by Arc Fabrications. 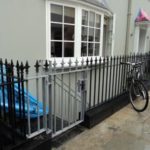 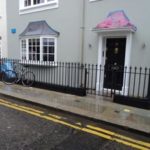 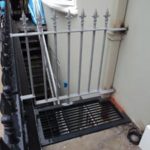 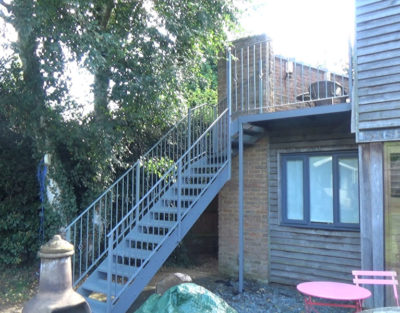 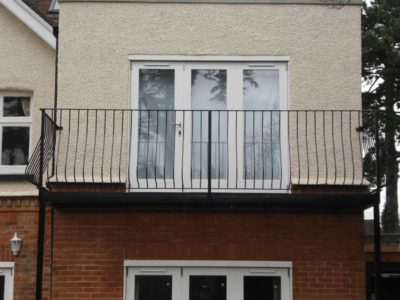 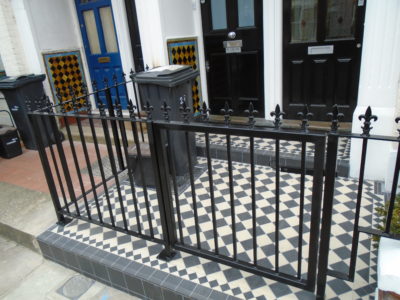 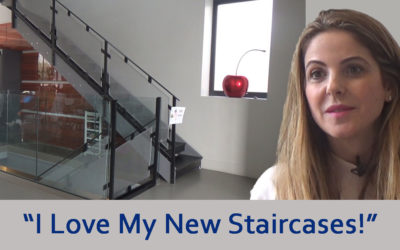 “I Love My Staircases – I Would Do It All Over Again!” – Beautiful Bespoke Staircases Designed, Fabricated and Installed in Golders Green

In this feature article, we take a look at a project that Arc Fabrications undertook in 2016 in Golders Green, north-west London, designing and fabricating four steel staircases for the customer's newly renovated five-storey home..Watch The Video:Read The Story:... 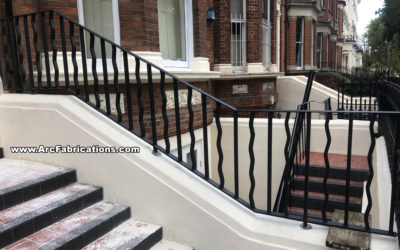 Transform the grand steps up to your west London house with railings like these. We fabricated and installed these mild steel railings using forged bent bars for the handrails. They were installed at the front entrance of a home in Sutherland Avenue in Maida Vale,... 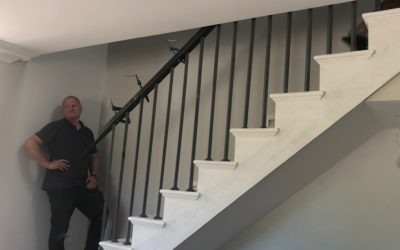 Mild steel staircase handrail and balustrades fabricated and installed on-site for a client in Dorking, Surrey. 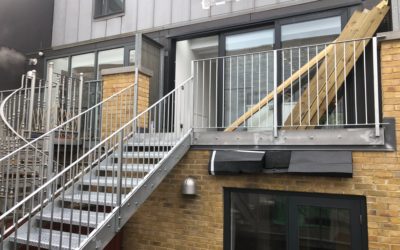 The owner of this 1st floor flat in Hackney need an access staircase to the garden, so they called Arc Fabrications We supplied and installed a galvanised mild steel staircase and railings to solve their problem. 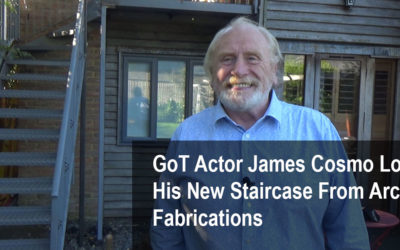 In October 2016, Arc Fabrications supplied and installed an outdoor staircase and balcony for Game of Thrones actor, James Cosmo at his home in Surrey. When the owner of Arc Fabrications, Steve Gibbs, made the initial site survey, he met only James’ wife, Annie. It... 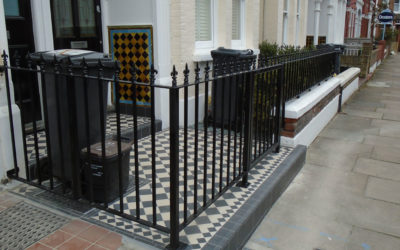 These are railings and accompanying gate that we manufactured and fitted in April 2016 for a customer in Clapham, south-west London. They are mild steel railings with cast finials. The railings are made from 40mm x 8mm flat top and bottom bar. 16mm round vertical bars... 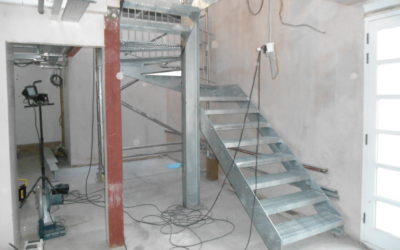 Open plan house wanted a staircase from ground floor to roof no maintenance~industrial look.We fabricated in the workshop a 200 x 8 flat stringer with open grid flooring and a basic style handrail. This was taken to site and erected to make sure it worked before... 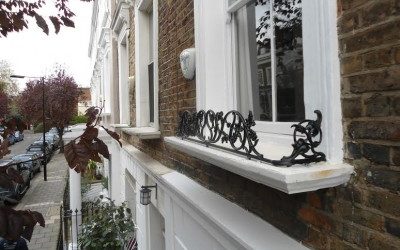 Pot guard on window-ledge was broken. We re-attached broken cast pieces by welding, re-cast the whole product and re-fixed it by drilling into window sill. Here is finished product. 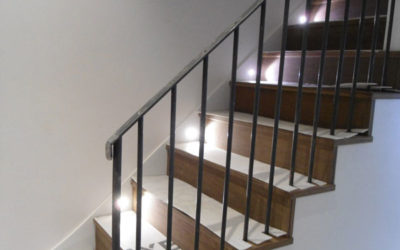 These balustrade railings were manufactured from mild steel and installed for a customer in Wandsworth. 16mm round holes were drilled into timber treads. 40mm x 8mm flat top bar was drilled and tapped into the round bars. A timber corerail will be added to complete... 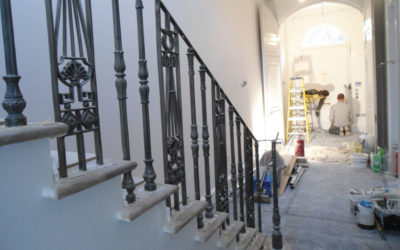 In October 2013 we completed the fabrication and installation of these balustrade railings for Mario Pereira in Regents Park, London. The castings were drilled and tapped at the bottoms with studding then drilled through the oak floor and secretly fixed underneath the...

We use cookies to ensure that we give you the best experience on our website. If you continue to use this site we will assume that you are happy with it.OkPrivacy policy